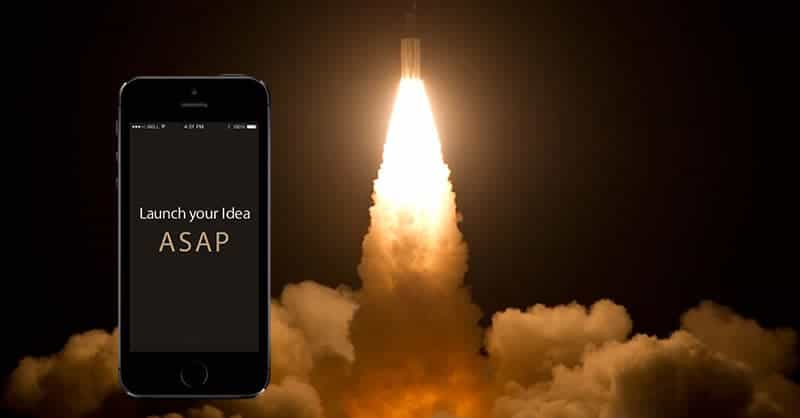 Why startups should launch their business idea as soon as possible. The challenges in launching a new idea.

Over the last 7 years, Aquevix has helped several entrepreneurs build applications for their brand. We've been lucky to have worked with a diverse set of innovators across diverse verticals and formed lasting relationships with them in the process.

We've seen the problems that they face up close, the challenges and the uncertainty in launching a new idea.

Somewhere in all of that, we've observed recurrent patterns of mistakes and misconceptions that could have been easily avoided. In some cases, the reason is an incomplete understanding of the mobile ecosystem. In others, it's a brittle software architecture and sometimes it's simply a lack of sound planning and phasing.

Whatever the problems, the outcomes are almost always the same: delays in building the app, subsequent delays in launching the app and finally a finished product that is way past the opportunity window and sometimes, way off the mark in terms of required features.

At times we've had to rebuild the idea up to an extent and include certain changes or make improvements. On other occasions we've had to take it apart and start from scratch because the product they had, lacked scalability, was poorly planned, had poor monetization options designed in the initial concept and most commonly with a bad architecture.

This is why we've launched the Aquevix Startup Advice Program (ASAP), aiming at providing expert advice to startups with an awesome idea and budget to start building it but lacking sufficient know how on how to proceed and how to develop it.

If a startup founder approaches us with the next million dollar idea with it still resting ' inside their head' for want of favourable conditions to launch and start development, we're here to assist them in bringing forth their innovation to the world ASAP.

Following the immense success of the App Advice Program launched last year, we felt that a focused approach for Startups was required as there is a more expansive range of issues that are relevant to a startup's fledgling idea and needs greater attention.

ASAP is aimed at offering valuable advice to innovators with startup ideas so that they can hit the ground running and launch their ideas in the market before their competitors do.

If you need a software solution for your fledgling business, just contact us with your startup idea and get a free consultation from our startup experts. We will advise you on matters that can make or break your startup. From deciding the right platform & architecture for building your idea, to addressing critical concerns like scalability and monetization options, Aquevix can guide you through it all even if you're an industry novice.

So what are you waiting for? Get in touch with us today and launch your idea ASAP!