How Microsoft is changing the SEO game 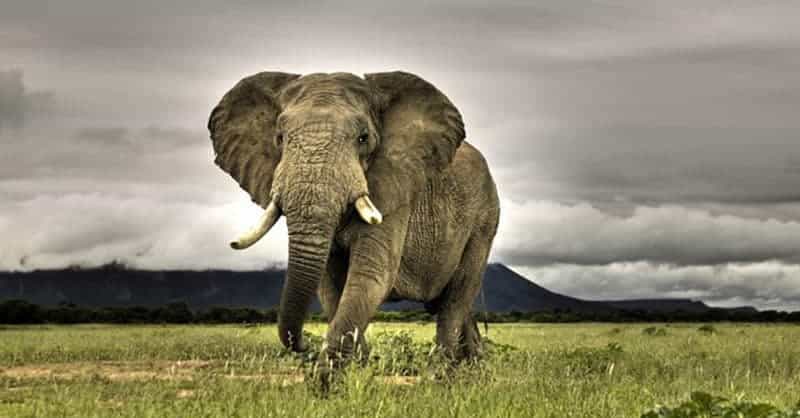 How Microsoft is changing the SEO game. Why microsoft is losing their user base.

How long can you ignore an elephant in your room?

Hmmm I guess after 3 years the elephant would have pretty much made itself a nice comfy home and pushed you out. Nevertheless, you being able to see it is good! Finally you might try and do something about it.

Just like Microsoft finally has done something about the elephant in the room with its announcement of the free upgrade Windows 10. Finally they’ve begun addressing the real issue: Their receding market influence and user base.

Windows has been reduced to a minority software for a long time now. This started around the time the world began going mobile. Microsoft seems to have recently woken up to realize that Windows hasn’t really been engaging any audience at all for a long time now. It’s not successful on phones, it’s impractical on laptops, desktops and even tablets. Their archaic method of charging vendors for their software didn’t really help along the way either.

The reason is simple. Everything else comes in a package today that you pay for just once and free software upgrades are something that are pretty much a given.

The two bigwigs, Google and Apple use software updates more as a tool for ensuring that they can keep all of their users on the same page.

This obviously reduces fragmentation and provides for a better user experience and also makes it easier for developers on the respective platforms. Free software updates are something understood to help out the companies more than anyone else. Not Microsoft though. That isn’t how they thought. They chose to ignore this transition in the market and consumer behaviour and go off to sleep.

But I guess every giant has a piece missing really. (A missing piece is the difference between popularity and world domination mind you!)

The Giants and their missing pieces:

Giant no1: Google doesn’t make devices. Yes they’ve made a few smart phones and tried their hands with the Chromebook but those grapes never really matured into wine.

Giant no.2: Apple isn’t into search and we don’t see that changing anytime soon. They’re cloud services aren’t really their company’s pride either.

Sleeping Giant no.3 who made friends with the elephant:

Windows on the other hand has a robust search engine in Bing but has been ignorant enough for a long time to charge people to use their software. (That’s okay though as they didn’t make the hardware either!)

What worked in their favour for decades, especially from the enterprise point of view, backfired as the market and the average consumer transitioned to the era of ‘mobile computing’.

Why is Google such a hit?

Because it ensures that we have everything at one place. Just login to your google account from any device and you see that it remembers everything about you. This is why Android is a success despite market fragmentation issues. From YT videos to searches and updates, news etc. all you need to do is log in to Google. Then there is THE Drive which takes the experience a step further.

Apple’s stroke of genius lay in a similar ideology of curating an exclusive club class ecosystem and pampering the users. You got an iPad, iPod,Mac and an iPhone and they practically talk to each other. This is what we need really, to sweat less and less over remembering what we did, what we searched, or saved or viewed or even clicked. The devices remember it and they remember your preferences and within their ecosystem, you are the most pampered guy there is.

Windows lost out on that because they restricted themselves only to the personal computer. As I said before, they just never decided to act on the rise of mobile computing. In fact they went as far as becoming friends with their handicaps.

Providing their users the ‘ease of access’ as mobile computing can actually should’ve been pretty easy for them because they also had sky drive and skype. They could’ve practically beaten Google to voice search long ago but that wasn’t a part of the plan.

So, why do you think Microsoft is pushing for greater market adoption of Windows 10? Yeah, there always are shake ups in an organization under a new CEO but this seems deeper. This is Microsoft finally waking up from its slumber.

Microsoft is pushing their strategy for having a single OS for all of their hardware. From Xbox to Tablets, PCs, laptops and soon, smart phones as well, they’ll all run a single OS.

From the looks of it, the idea looks extremely daring considering how far behind Microsoft is. They’ve just had the biggest layoff in 25 years and the Nokia merger didn’t go well. So they’re going to be wary of making any perilous mistakes.

If you’ve installed Windows 10 in your laptop or desktop, you’ll like what they’ve done to it.

Microsoft may well be focussed on something altogether different. Something that you cannot anticipate from the surface.

You can bet your money on that being the search game!

Bing has always been better designed and equipped as a search engine and also, ahead of Google in terms of search relevancy as well as other things like contextual search.

Why has Google always been ahead of Bing?

Because it has a gigantic reach and consumers like us are willing to share preferences and usage data with it in return for using its services. Google has a humongous volume of usage data, preferences and interaction intelligence across global demographics.

It uses all of that to sell stuff back to us! That’s their stroke of genius.

It’s like Apple’s idea of going mobile and user friendly.

Keep in mind, this is how Google slowly creept into our computers and PCs and slowly swelled up and spread through the world. This is how they stole an opportunity that was actually staring both Apple and Microsoft in the face.

Needless to mention, Apple was busy creating the future at the time and Microsoft was napping. After that, Microsoft was busy making friends with their pal, the elephant! :P

We don’t mind what Google does with the info it gather about behavior because it also makes our work easier. It takes us an inch closer everyday to the paradigm of ‘intuitive computing’.

Bing had most of the muscle as Google as a search engine but no access to such a wide audience. Hence, no access to vital information to help it become intuitive. So Bing was just a very smart dumb search engine. Google focussed more and more about really knowing its consumers while Microsoft…(need I tell you what it was busy with?)

That is going to change now with Windows 10 pushing for greater market penetration. If they really do pull this off, this would be Microsoft’s stroke of genius because along with a robust search engine, comes ad revenue.

Microsoft can certainly do with opening up new revenue streams now that it is practically against the wall.

So the message to all SEO professionals out there is:

It’s better to keep an eye out for it and be prepared rather than be caught napping when the time comes. Bing is definitely going to come strong for sure but the good thing about it is that there’s still time.

By that time, have a cup of coffee and make sure you aren’t caught napping like the four colourful squares! ;)