7 deadly mistakes in mobile app development that startups must avoid! (3 of 7) 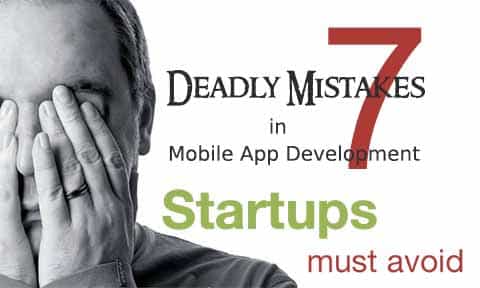 Part 3 of our 7 part series where we look at most common myths about mobile app development. Don't fall into the trap!

Myth #3: To save cost we should not build native apps per platform

Reality: If you want an excellent app, native mobile app development is your best bet. No doubt about that.

It seems simple and logical to code something once and you can push it out to everyone using any device. LinkedIn thought the same initially, as did Southwest Airlines and Facebook. But this convenience was countered by some pretty dramatic downsides. In 2012, Mark Zuckerberg called 'Betting on HTML5' his biggest mistake.

Initially, Southwest used a cross-platform toolkit to code and distribute its mobile app across devices. Soon, at every conference people would use it as the example of the worst app in the App Store.

Southwest, Facebook and LinkedIn have since then re-developed their mobile apps to create a much better experience.

Startups still get lured to cross platform mobile app development. They do not want to invest time and money into developing mobile apps separately for every OS. So they try to rely on HTML5, hybrid mobile apps and cross-platform toolkits, but none of these work well enough to build the high-end mobile experience that smartphone users expect.

All these approaches to mobile app development have their own set of drawbacks:

If you were to develop a sample with any of these tools and compare that with native built version from the end user perspective, the native approach to mobile app development wins every single time without exception.

Building native is the only way to build great apps that leave a good first experience for your users, period.